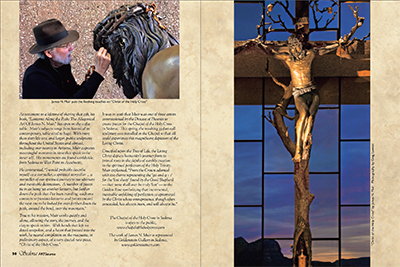 For this largely self-taught sculptor, steps along his journey in life have laid themselves out one at a time, illuminated by his own light from within. They have been crafted into bronze, many of them monumental in size, and through them, James N. Muir has shared his personal journey with the world.

The Many Faces of Tom & Shondra 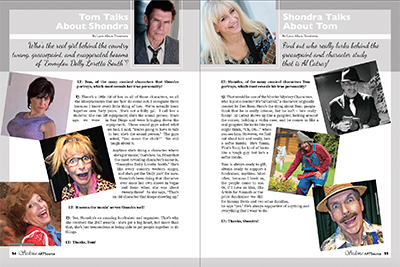 Mix two extroverts, decades of entertaining experience and a keen sense of comedy, blend harmoniously for 40 years and you have the recipe for the dynamic performing arts duo, Tom & Shondra. 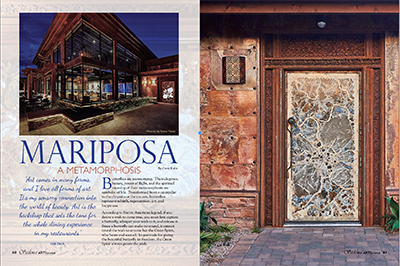 For Lisa Dahl, head of the Dahl Restaurant Group and an award-winning chef and restaurateur, the butterfly is a universal symbol for hope. Mariposa, Spanish for “butterfly” is the name of her fourth Sedona restaurant and the namesake for the artistic design of the destination’s intriguing front door – a giant abstact butterfly laden with slices of quartz crystals and numerous gemstones.

The Heavenly Music of Anthony Mazzella 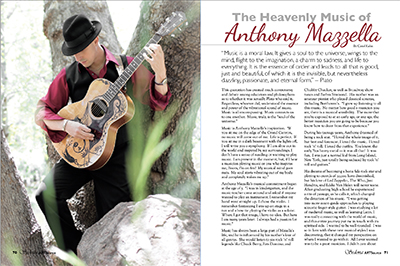 “If you sit me on the edge of the Grand Canyon, no music will come out of me. Life is perfect. If you sit me in a dark basement with the lights off, I will write you a symphony.” Concert guitarist, recording artist and producer, Anthony Mazzella takes his listeners on a journey – a flight into the imagination. 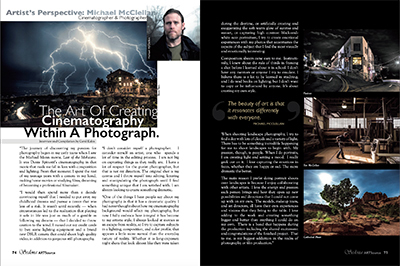 Michael McClellan – The Art of Creating Cinematography Within A Photograph

The path for discovering his passion for photography, composition and lighting, began in Michael McClellan’s early teens after seeing inspiring cinematography in The Last of the Mohicans. Today, his original images are his canvases, that he edits, layers, and manipulates, creating something unique and dramatic. 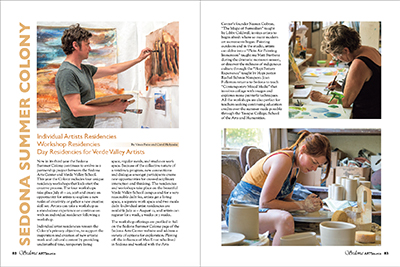 The Sedona Summer Colony continues to evolve as a partnership project between the Sedona Arts Center and Verde Valley School. This year the Colony includes four unique residency workshops designed to kick-start the creative process.